Three Indonesian auction houses held their auctions at the same time as Art Stage 2013 in Singapore. These auctions were intriguing as one of them, Auction House 33, put an 18% Buyer’s Premium on sales up to S$250.000. Other auction houses were still playing at 22% from works sold on the hammer price. Does reducing Buyer’s Premium effect sales significantly?

Highlight:
Many believe that if they wish to purchase valuable artworks, then auction houses are the place to go. Quality collection and works with strong historical value is the staple of auction houses. At this point, auction houses establish a relatively high buyer’s premium, and, it turns out, no matter how high it is, collectors do not seem to care. Yet, in the midst of an economic inertia, could reducing buyer’s premium inject a particular kind of energy to art transactions, which had just weakened in a number of auction houses around the world?

Compared to Borobudur and Larasati auction houses, 33 is considered to be a new player. Despite this, 33 were willing to create a breakthrough by setting a lower Buyer’s Premium than its competitors, at 18%. This cost reduction did not have significant effects, proven by the fact that not all of their collection received 100% sales. This shows that the auction phenomenon usually involves a lot of competition and emotions from its participants, where common sense is often relegated. Indonesian auction houses also have a unique characteristic than international ones, where the reported total sales achieved in the auction house does not necessarily mean that the artworks are completely sold there. This turns out to be a camouflage to increase the price of the work as well as to boost the auction house’s reputation. 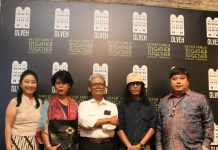