For years, street artists were struggling for their position in fine art. At the moment, their efforts successfully getting specific attention. Hotels, restaurants and government offices are providing media for those street artists. Moreover, an official art school specialized in mural has been opened in Lyon, France.

As stated in Dailymail, an art school specialized in teaching students wall artworks or so called mural has been opened. The school is nmaed EcholCite School of Mural Art. The school’s founder, Gilbert Coudene, said, the main purpose in founded the school was that it could utilize artists to use the whole sides of multilevel buildings as media to produce art.

The produced art was not just meaningless and unaesthetic doodles. They should be able to boost the beauty of Lyon in order to attract world’s attention.

“Our city is more focus on equipment and infrastructure, no other elements like emotional and aesthetic. The school was functioning to create differences between animals and human,” said Gilbert Coudene.

He thought that even in its first times, the school had presented 150 murals in several building walls in Lyon. Until today, there was no rejection quoted by government nor society. 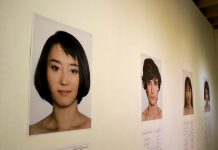 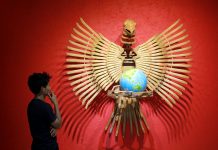