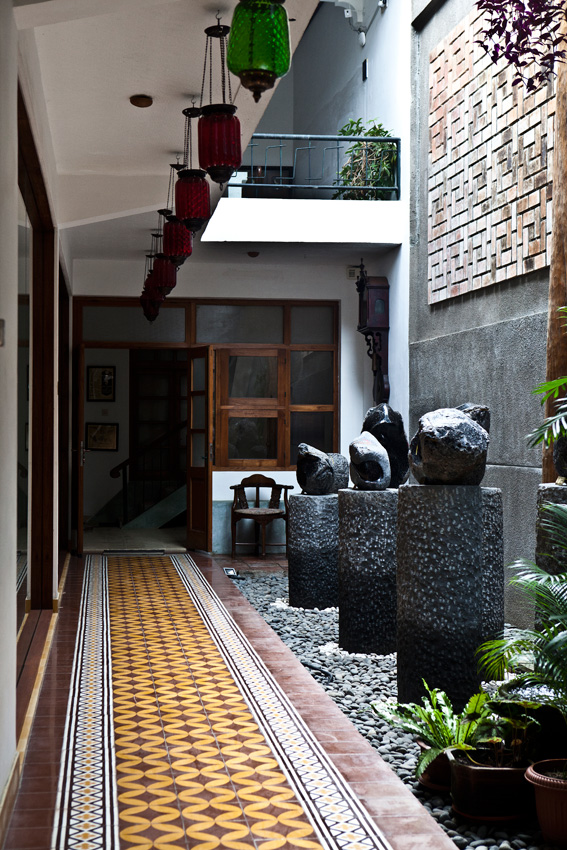 Around 1920s, the land and building that is currently Roemah Seni Sarasvati was a bed and furniture shop named ‘Moelia & Co” in register, a trademark of a company named ‘Weston’. Weston shop was used to be registered as a shop located in Groote Postweg 91.

In Netherlands era, the area of Roemah Seni Sarasvati was known with the name of Groote Postweg West or West Road. A couple of years after that, it changed into Tjikakak until the present time’s name, Jalan Jenderal Sudirman. Tjikakak is quite famous, proven by the fact that many people know this area as Tjikakak area. It was caused by the geographical condition back in Netherlands era, where Bandung was established above three little rivers, Tjikakak River and Tjitepus River who were crossing and ending in Tjikapundung River.

In its establishment period, Roemah Seni Sarasvati is actually one of the seven houses whose building characteristics are similar from the side of Chinese-Netherlands caricature. Roemah Seni Sarasvati is 6.5 meters wide whilst other six houses are 6 meters wide. The unique thing of this house is visible from the identical vent and the identical hallow of the first and the third house. However, as time goes by, the second and the third houses were undergoing a drastic movement since they were built as two storey buildings.
“A people’s relationship to their heritage is the same as the relationship of a child to its mother”. John Hendrik Clarke

The coordinate position of Bandung are 107° EL and 6° 55’ SL, extending to 16.767 hectare. This city is geographically located in the middle of West Java, hence, as the capital city, it has strategic values to the surrounding cities. 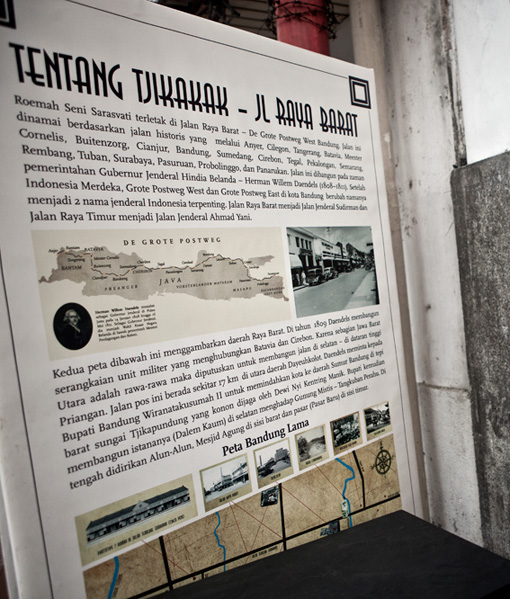 In 1488, Bandung used to be the capital area of Padjajaran Kingdom. Furthermore, this area was used to be the capital city of Padjajaran Kingdom. However, from the discovery of ancient archeology, it was discovered that the Australopithecus, Javanese human, had lived there before. These people lived on the shoulder of Cikapundung river, Northern Bandung, and on the famous coast of Bandung Lake. The Fire Stone artifact can still be seen on higher Dago area and there are pictures and fragments of skulls and artifacts in Museum of Geology.

The Sundanese communities are farmers that being dependant on the land fertility in Bandung. They maintain the living verbal traditions of wayang golek, and many kinds of music shows. “There is a city named Bandung, with 25 to 30 houses in it,” wrote Juliaen de Silva in 1614.