How do these artists view Banten? A nest of political dynasty of Ratu Atut? A nest of mystical reigns?

Fifty four artists gather around in National Gallery of Indonesia (GNI), on the previous Tuesday (22 October 2013). They bring various artworks together; in forms of paintings, photographs, statues, and installation in an exhibition titled “It’s Me: Banten’s Inner Eye(s)” (Ieu Kula: Mata Batin Banten). They try to break the perception that there is no such thing as Banten’s fine arts.

“This exhibition can at least let the artists breathe since they are finally visible to the rest of the world,” said the Chief of Fine Arts Development of Banten – Gebar Sasmita, at the opening night of exhibition held until 4 November 2013.

In Banten Sundanese language, Ieu Kula literally means “It’s Me”. It is chosen to depict the spirit of Banten artists, to tell the world that Banten’s fine arts are exist, despite its unrepresented voice.

“We (the Banten artists) are here! We tread consistently to be equal with the art development of other provinces, which of course have gone beyond our own,” said Gebar passionately.

In this exhibition, the artists chose to address this identity issue. Some of those are paintings of Bantenese fighting against the Dutch, the life of Baduy people against the current of modernity, until the suffocating air of industrial development.

In A. Muhsoni’s “Enjoying a Journey”, for instance, four Baduy men are painted on their way to the city. Uniquely, these young Baduy men are not walking, like what Baduy is famous for. They are sitting quietly in a public transportation.

This painting seems to show the painter’s turmoil when he see the current of modernity ‘embracing’ the Baduy’s indigenous people in the name of humanity, but it is engulfing their cultural roots.

The same theme can be applied to the artwork of Dedi Haryadi Said (Roots and Cultures); Caca Chandra Rosselinni (Two Baduy Men); Azis Winasis (I am a Baduy Man); Sudrajat (Partying Rawayan); and Tato Kastareja (Part of Banten’s Idealek).

Apart from the group is the style of Tubagus Pantoni titled Evolution (2013) raising the issue of industrial development in Banten’s province. Four heavily-pregnant women are sitting whilst using oxygen masks in the middle of industrial field which destroys the surrounding forests in the painting. Tubagus would like to paint the anxiety of Banten’s people of the industrial activity, which threatens their forests.

An interesting image is painted by Sujiyanto in his artwork titled The Rainbow Nation, displaying figures of workers trapped working in an industry. Uci Sanoesi (The Stadt Bantam 1670) dan Leonardo SK (Sultan Ageng Tirtayasa), displaying the struggle of Banten people against the Dutch.

However, Gebar Sasmita’s artwork titled The Maestro and the Masks (2013), manages to attract the attention of many visitors. The reason behind it is that the model of the statue is his mentor – maestro Hendra Gunawan. The statue has details, forms, and colors that are not straying too far with the artwork of Hendra Gunawan.

After Agus Djaya and Otto Djaya, Banten fine arts seemed to lose its vibrant. Though some artists continuously produce artworks, their voices have never been as much as heard. It resulted in the development void of ideas and thoughts.

It is not caused by the lack of an art community. There had been various community recorded such as PSB (Banten’s Artists Unity), Sanggar Embun, Sanggar Krakatau Art “Painting Fundamental”, Sanggar Ki Mas Djong, dan Komunitas Bunga Rumput di Pandeglang. Unfortunately, many of those have shut down presently.

The inexistence of supporting facilities of art activities, namely gallery and museum, it makes fine arts even more unnoticeable. This is very sad, remembering the close distance of the province with Jakarta and Bandung. The mayor of Banten, Rano Karno, states his apparent surprise at the condition.

“This is my first time finding a city without any art facilities like museums” said Rano Karno, with cheers from the artists as the response. He promises that Banten artists will acquire their own places. A place able to support various cultural and fine arts activities, expected to shed a new identity of Banten artists in Indonesian fine arts. 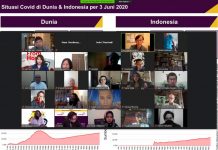 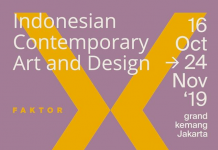 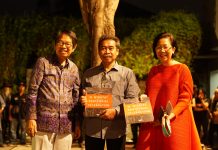